Showing posts from September, 2019
Show all

Papa Squid's Magical Stories For Good Little People: The Witch and The Pig 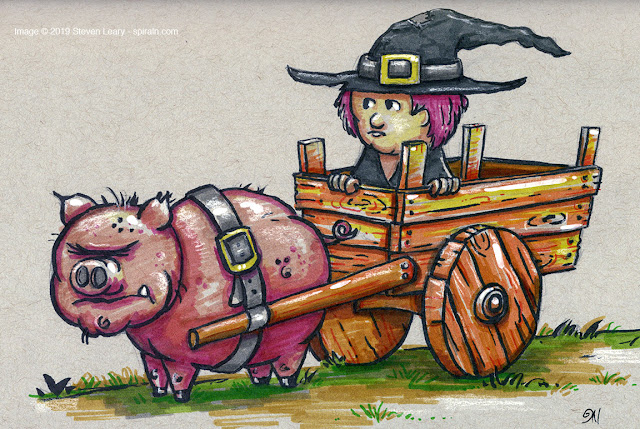 The Witch and The Pig “What?” Said the witch. “Why aren't you moving?” “I don't wanna.” Said the pig. The witch let out a long sigh. This was proving to be more problematic than she had expected. “What do you want?” She finally asked. “I want to be a man again.” Answered the pig. “Really?” “Yes.” The pig replied. “But you were not happy as a man. 'Men work too hard.' That's what you told me.” The witch explained. “So, I fixed it for you.” “How have you fixed it? I'm working now. You have me pulling a cart!” The pig exclaimed. After a moment of thought, the witch said. "It's not that big of a cart and I'm a small person, so how much work could it really be?" “It's still labor, and now, I might be eaten by the villagers.” Said the pig. The witch shook her head. “You appear a bit sour. I doubt anyone finds you appetizing.” She said, trying to be helpful. “Someone would.” The pig harrumphed. “P
Post a Comment
Read more
More posts